THE HOLY TEACHINGS OF LIFE WITHIN WOOD
LESSON 5:the eschatology of Wood


An in-depth look at the man and myth which who was The Amazing Criswell as well as a look into his frightening prediction regarding the end of the world.


ESCHATOLOGY: a religious theme regarding the ultimate, universal end of existance that is prevalent in all major religions .


This fifth Lesson of Wood concernes itself with the world eschatology of Ed Wood. And you cannot talk about the end of existance and Ed Wood without also talking about the man who is the primary focus of this lesson, the amazing, iconic, legendary Criswell. This lesson hopes to discuss the eschatology of Ed Wood as well as lift the veil of mystery and secrecy which is Criswell, hoping to look beyond the legend and get a glimpse of the man, who he was, and what he believed would be the end of the world.


But first, let us focus our attention to Ed Wood, our savior and the savior to many others who did not know his divinity.


You see, Ed Wood was not just a savioral figure after death, for while he walked this earth he acted like a savior to various strange fringe characters in Hollywood, helping them out by accepting them into his life while society shunned them. Ed Wood kept around him a gaggle of strange, bizzare actors and performers that have become legends in their own right, people such as the 500 lb. Swedish professional wrestler Tor Johnson, then drug-addicted ex-horror star Bela Lugosi, and one of most iconic members of Ed's strange stock company, apparent faux-propheceer Criswell. 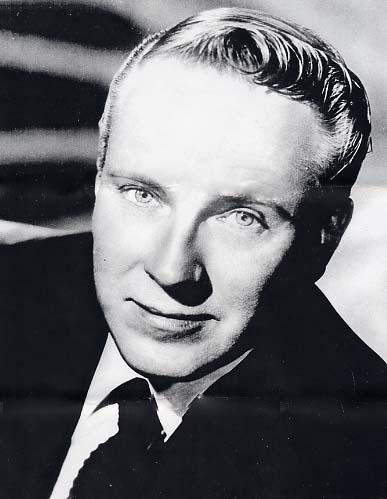 Criswell is the man who leads us all into the incredible journey which is "Plan 9 from Outer Space" as the mysterious narrator who exclaims that now legendary opening speech ... "Greetings, my friends. We are all interested in the future for that is where you and I are going to spend the rest of our lives ... and remember, my friends, future events such as these will effect YOU in the future!" And so, he takes us all into a strange journey where he dares us all to prove that it didn't happen. He shows himself off to be something of a mystic or a deity in this film and in his etherial work in Ed's films "Night of the Ghouls" and "Orgy of the Dead."


However, other than his roles in those films, not much else is known about the man other than legends and speculations. very few people have the nerve to dwell too far beyond the rumors and hearsay and into the world of the facts.


Charles Jerome Criswell King, simply named Criswell by his friends, of which there were few, was born in the back room of a mortuary on a thrunderstorm-ridden sunday night. He spent most of his ecclectic youth working in the family mortuary business, sleeping every night in a coffin instead of a bed, harassing and bothering the local town minister, and crashing local political parties.


After graduating from the University of Cincinnatti, Criswell tried his hand at newscasting on the new medium known as television. Back in those days, there was not usually enough news to fill a half hour time slot. When this would occur, Criswell began the habit of PREDICTING what would be news the next day, what he simply looked at as a humorous bit of schtick that he could gain some celebrity status from. As rumor has it, Criswell one day successfully predicted the death of a local politician. The station was flooded with calls from stunned viewers who seemed convinced that Criswell had supernatural powers. It wasn't long before Criswell quit his newscaster job and began claiming his way to fortune as a predicter, psychic, and prophet.


Nowadays, Criswell, thanks in part to his character in the Tim Burton biopic "Ed Wood," seems to be looked upon as nothing more than a phony psychic that acted in most of Ed Wood's films. It seems as if time has forgotten how famous Criswell really was beyond Ed Wood's films. Criswell had his own television show where he would weekly give his predictions surrounded by live skits and musical numbers, a sort of low-key Ed Sullivan Show but Ed could see into the future. Criswell also had a nationally syndicated collumn of predictions that was widely popular in many well-respected American magazines. Criswell was even a regular guest on the Tonight Show in the fifties and sixties and gained worldwide regognition for one of these appearances where he was cut off by censores by his more "risque" predictions concerning sex changes and sexual intercourse.


The importance of Criswell in relation to Ed Wood's life is very strong. In the spiritual world of Ed Wood, Criswell seems to be seated next to our savior, sitting next ti him as the man who occasionally Ed seeks guidance from. He was a very strong, eclectic man in life and he remains so even in death.


It should be noted that Criswell himself did not believe that he himself was psychic. As Criswell was quoted as saying "People can be idiots!" However, as follwers of Wood, we must take his predictions seriously, which is not a difficult task to achieve. A large amount of Criswell's predictions were, more or less, correct were it not for the strange twists he added into them.


For example, in the fifties, Criswell predicted the advent of television to be used as a teaching tool in modern day classrooms. THE TWIST: kids would be forced to learn by guards whose job it would be to ensure proper learning.


Criswell also predicted the use of credit instead of money. THE TWIST: credit wold become so successful that it would replace hard currency completely.


Criswell predicted also that science would invent a medication that would eliminate lying in court. Could this be modern day lie detectors?


Criswell also predicted that television would become completely in 3-D and that you would have the chance to be thuroughly immersed in your favorite television show. Could this be virtual reality?

CRISWELL PREDICTED ALSO THAT THE WORLD WOULD COME TO AN END IN AUGUST 18th, 1999 (ironically, his birthday)! COULD THIS BE THE DAY WHEN THE WORLD AS WE KNOW IT COMES TO A CLOSE?


It is quite ironic that Criswell should predict the end of the world so close to the founding of The Church of the Heavenly Wood. Perhaps it is fate that our church should rise in power now, whenn the end of existance is so close.

First off, this is not some sort of a strange call to mass suicide. We here at The Church of the Heavenly Wood are NOT officially stating that we believe 100% in what Criswell predicted was the date of the end of the world. We are not sayinng that the end of the world will exactly happen on August 18th, 1999, because as we have tried to explainn here, Criswell was never exactly right in what he would predict. He was usually only partially right.


Therefore, there are an infinite number of alternate possibilities that may occur on this date that Criswell has given us. Perhaps someone very well known will die or be killed on this day and for all those on earth it will simply FEEL as if the world has ended, like another Kennedy. Maybe a war might break out on this date, or maybe a chain of events will unfold on this date that will eventually lead to a conflict in which many people will eventually die. There are a number of possible events that may happen to give Criswell's prediction a strange twist of truth. However, whether or not Criswell's prediction is accurate or not, we here at The Church of the Heavenly Wood are OFFICIALLY STATING THAT we are looking at August 18th, 1999 as the time in which the world might POSSIBLY end and all that resides in this universe might die.


Do not look at this date as a sad one. Look upon it as a time of rebirth, when the whole world might very well realize Ed's truth. It will be a time of retribution, when Ed will strike down on all those who have persecuted Him and His followers. It will also be a time of death. Death is not a bad thing. Death is the world's only great unifier. No matter how rich Bill Gates is, the only thing that makes him equal to the countless number of poor, needy souls suffering on the streets is that they will all eventually die and go to a place that is not owed my Microsoft. We should all live our lives with our own realization that we might die tomorrow, so that we could all learn to milk every last bit of happiness from what we all have now. As you go through your life, remember August 18th, 1999, when we all might learn the truth about Criswell's powers of prediction, as well as the truth behind Wood and His teachings.


IMPORTANT NOTE: This lesson was written sometime around the end of 1998. Shortly after the events of 9-11, another lesson, Lesson 23: The Prediction of Wood was written featuring a shocking update to this fifth Lesson of Wood- that Criswell was actually RIGHT about his end of the world prediction for August 18th, 1999 and the we Woodites of The Church of Ed Wood may have been responsible for saving the world. All true! Be sure to read the shocking "Lesson 23" for more information.


click here to return to The Church of the Ed Wood